We believe all students can participate with running and develop a variety of skills that will benefit the student for their future positively. Coach Axtman's training principles are the following.

Timberline Cross Country is committed to developing all athletes on the team. Team consists of 100+ distance runners, 70 boys 35 girls. With one of the largest and most competitive combined teams in the state of Idaho.

Coach Paige enters her Second season as an assistant coach for Timberline cross country. She has a tremendous amount of experience coaching Timberlines sprint crew for the past 3 seasons.  Paige's own athletic successes include wining an individual conference championship in the 400m while running Track and Field for Boise State. And participating in sever NCAA Outdoor Track and Field National championship meets. 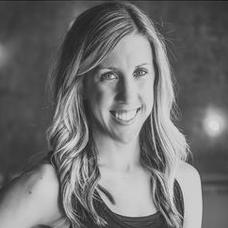 Former Boise State University Cross Country/Track and Field Athlete.  Coach Axtman began his running career his freshman year and learned quickly the hard work you put into Cross Country pays off at the end of the season. Axtman worked his way through the ranks of his team starting out as the  7th boy on Elma High Schools team and finished his Freshman year placing 4th at district meet leading the Eagles to their first ever District title.

Coach Axtman Believes in: Hardwork, personal respect for yourself and others, goal setting, believing in your goals, and a harmonious and synergistic team atmosphere. 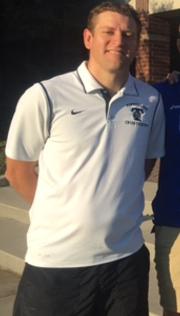 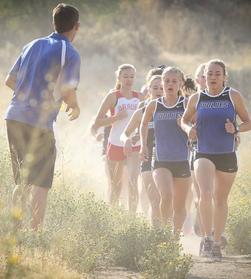 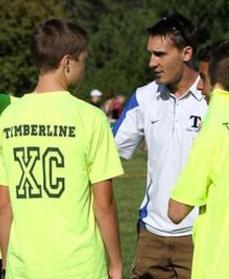 Coach Drew has brought youthful talent and another great perspective to the training plan for the Wolves cross country team. A former standout at the University of Montana Cross County and Track program.